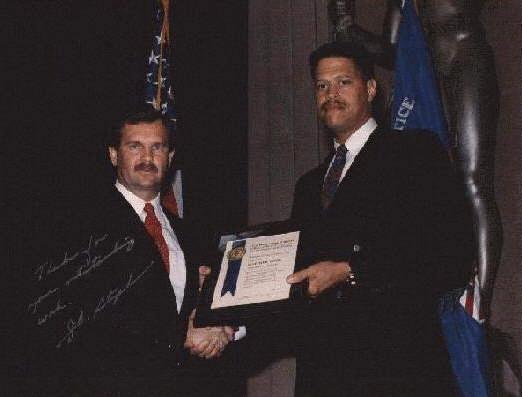 Matthew Fogg is a Washington, D.C. area life long resident. His mother and father are in good health at 80+ and 96+ with eight siblings, including two sets of twins Judy and Julius and his identical twin brother named Mark. Three brothers served in the U.S. Military, Army, Navy & Airforce and all three served in the Vietnam War durings its high point at the same time. GOD'S grace brought all three home with honorable discharges and one received the Purple Heart for wounds in Vietnam. Mark Fogg became a Maryland State Police Trooper.

Matthew attended Marshal University in Huntington, West Virginia and was involved in many activities to include the campus sports, television, newspaper and president of a campus organization and a political spokesman. He graduated with a Bachelor of Science degree in Criminal Justice Administration in 1976.

Matthew worked as an electrician in his summer months during his college years and remained in that field until his employment with the United States Marshal Service on April 24, 1978.

His career and duty station as a Deputy U.S. Marshal began in the District of Columbia remains in the Washington, D.C area today.

His outstanding accomplishments, superior performance and accolades are numerous to say the least and are well documented by the U.S. Marshal Service and the U.S. Justice Department.

Outstanding Contribution to Narcotics Enforcement by a Tactical Officer or Investigator

During the past 3 years, Inspector Matthew Fogg has led the DEA Washington Metropolitan Area Task fugitive group (MATF) with the arrest of over 270 federal, state and local fugitives from justice around the United States. These fugitives were charged with distribution and sale of narcotics, murder, escape, assault, child molestation and various other heinous crimes. Because of his exceptional ability to track down and apprehend some of America's Most Wanted Fugitives in the late hours of night and the earliest hours of morning, Inspector Fogg and his group are named and characterized by agents from the DEA Washington Field Division as "BATMAN" and the "BAT GROUP".

On August 12, 1991 Inspector Fogg supervised members of a US Marshal Service Headquarters Top-15 task force that arrested Michael Antonio Lucas after a 10 month search following his escape from a prison in Texas, November 1990. Lucas was serving a mandatory 20 year to life sentence for murder. When Lucas was approached by Inspector Fogg and other task force members, Lucas was carrying a fully loaded semi automatic 380 pistol with one round in the chamber and attempted to draw the gun out of his pocket during his arrest. A brief struggle ensued and Lucas was arrested with no shots fired. Lucas immediately stated to Inspector Fogg "MAN YOU MUST HAVE HAD A LUCKY HORSESHOE IN YOUR POCKET".

A second individual arrested with Lucas was in possession of a fully loaded automatic Machine gun with one round in the chamber. This suspect was also subdued and arrested with no shots fired. The events leading up to Lucas' escape and arrest were portrayed on the national television show "AMERICA'S MOST WANTED".

Inspector Fogg directed the successful arrest of DEA/USMS Fugitive, Paul Boulos by US Marshals in Los Angeles, CA. Boulos was a DEA class I co-conspirator in a major heroin distribution OCDETF investigation which involved the arrest of 15 defendants by the DEA/Metropolitan Area Task Force. These arrests were featured in the national and local news because the defendants were Syrian nationals with connections to the Syrian government and the heroin purchased was (100% pure) the purest heroin ever tested by the DEA/MID ATLANTIC LABORATORY.

Inspector Fogg received an award from the Federal Bar Association, District of Columbia Chapter for outstanding law enforcement service above and beyond the call of duty. A photograph and article of recognition to Inspector Fogg on this award was portrayed in the DEA World magazine, distributed to DEA offices around the world.

In December 1991, Inspector Fogg received on of the US Marshal Services' highest awards known as, The Director's Award. Fogg received this award for his leadership contribution in a multi-state US Marshall Service Fugitive manhunt operation with the arrest of over 75 major narcotic fugitives in the Washington, D.C. area known as Operation Sunrise.

On December 16, 1991 Fogg led the arrest of Ronald Wilkins and Leroy Pannell for separate unrelated drug murder I charges on the streets of Washington, D.C. Homicide Information indicated that Wilkins alone, was responsible for three different drug related murder/shootings.

On January 24, 1992 Inspector Fogg led Metropolitan Area Task Force Members with the arrest of a US Marshal Service Top-15 Fugitive, Gregory Duckett. Duckett escaped from a temporary detention facility in Texas while awaiting a Federal designation to prison. Duckett was serving a federal 20 year mandatory life sentence after being convicted of a pre-meditated drug related homicide on the streets of Washington, D.C.
In conclusion it should be noted, these are only a few highlights of many outstanding arrest supervised by Inspector Fogg during his tenure on the DEA Washington Field Division, Metropolitan Area Task Force. Fogg has distinguished himself in the performance of his duties by bringing highly favorable credibility to the United States Marshal Service and The Drug Enforcement Administration and by sending a message out to Washington D.C. area criminals, " YOU CAN RUN BUT YOU SURE CAN'T HIDE ".